skip to main | skip to sidebar

Labels: Stuff That Makes me Laugh

For the very first Tuesday anime review I am doing Paranoia agent! 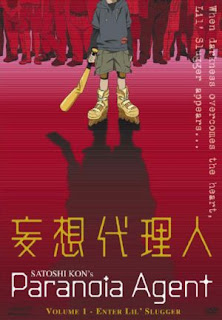 Off the top Paranoia Agent seems to be about a elementary school boy who goes around attacking people with as ill shaped bat, he is dubbed "Shonen Bat" or "Bat Boy". Although there is a lot more underneath the premise. I'll do my best not to give away spoilers, in case you want to watch it.


The show follows the investigation of the attacks by Shonen Bat, and how they affect the lives of the people around them. The first attack is on the creator of a lova 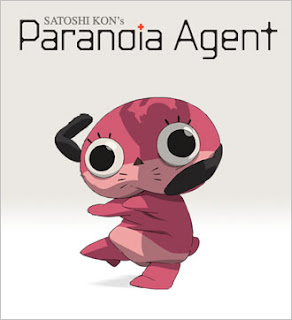 ble cute pink dog named Maromi, but as the episodes go one things start to change, rumours of the Shonen Bat are everywhere, and the lines between whats real and whats imaginary start to blur.

I did enjoy this show, but i found as the lines started to blur so did the plot of the show. Some of the later episodes seemed added on and while they did have to do with the overall story just seemed to drag on parts that didn't really matter. I found the first 6 or so episodes were the meat of the show with the final two being the conclusion. As for the end, while the main part of the ending was kinda sad if you like dogs, it never truly explains what happened to the other victims or if anything was really real or not....
thats not really a bad thing, sometimes its better to have you make your own answers to the big question of the show

All in all it was a good show, I enjoyed the way it was animated, and funny enough the quirky episodes i thought werent needed did have some fun animation to them as a plus. The music and voice actors were good quality, the opening and closing animations i didnt really like but, i never do (always skip em).

I give Paranoia Agent 6.5/10
not the best but worth a watch for sure!
Just as a tidbit of info if you do like this show check out the directors other movies (Perfect Blue, Millenium Actress(one of my faves), and Toyko Godfathers)

Back from the Japan you Love

I Have a Friend out in Japan Teaching english and he just sent me pics of the those badly translated Engrish signs..... Send me some more if you have em and ill post them up.... I Do Love Nippon 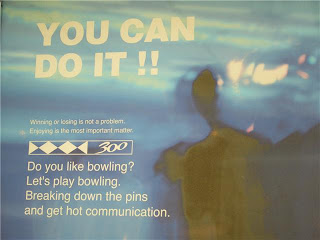 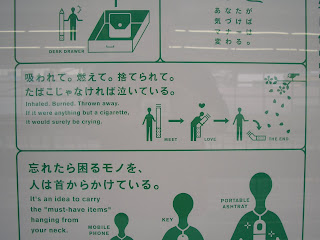 Labels: Stuff That Makes me Laugh

I would like to introduce myself. I am Das Bob, The German Submarine. I am Have long been looking for a place to post my whole thoughts on movies, books, the internet and so on.... and now i have my chance. So come with me and take a ride on the German Submarine.


The Beginning
A Review of "The Spirit" 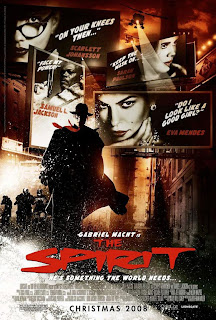 So I Just watched the spirit, Directed by Frank Miller, You know the "Sin City" Guy. Anyways.... WTF I'm not really sure what I am watching here its not really a movie as it is some kind of weird comic book guys dream fantasy.... oh wait... Directed by Frank Miller.... makes Sense now.
Well the supposed plot is of a man who is killed and then reborn again to not be as killable, just dumber or maybe just as dumb???? I think. He has to kill Samuel Jackson, and Scarlett Johansson is in the movie.... Don't know why yet!

Highlight - Eva Mendes -
who also has a role in this movie as the girl from the heroes childhood gone bad after a run in with the fuzz. Well I can't relate to that she is gorgeous and i am ok with watching her on screen.
Thats it... yup

1. Gabriel Macht - While having a german sounding name helps, the star of such films like The Recruit or Behind Enemy Lines... well he was in behind enemy lines... Thats what IMDB tells me at least, he wasn't terrible per say..... *cough cough*

look im gonna get to the point, this movie was bad, like almost unwatchable at times bad.... i know out there are fans of this Graphic novel, but please... agree this was a bad movie..

Hi All Just wanting to welcome you aboard the German Submarine. Here you'll find a great many reviews of things i like and dislike in pop culture. Enjoy being torpedoed! 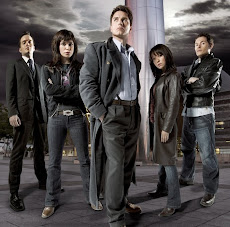 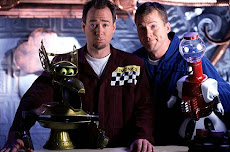 David Tennat as Doctor Who 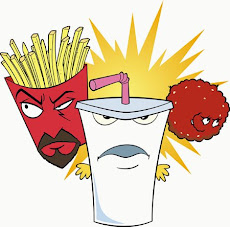 Number One in The Hood G 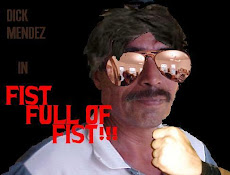 Creatures from the Black Blog

Das Bob
I do enjoy pop culture in general. I am a Insulator, I keep things warm and or cold depending. But after long days or nights of work i like to kick back and make fun or praise the things of todays or yesterdays pop culture